By John Lee Many psychologists and counselors are confused about this most misunderstood emotion. One of the main reasons for this gross misunderstanding is due to the fact that these...

Many psychologists and counselors are confused about this most misunderstood emotion. One of the main reasons for this gross misunderstanding is due to the fact that these learned men and women are still confusing anger with rage. Once we stop using these very different-meaning words interchangeably, then anger will no longer be the crazy uncle in the family of feeling and thus no longer need be avoided.

Some well-intentioned psychiatrists, psychologists, therapists and spiritual leaders claim letting out our anger creates and perpetuates more anger. This is true only if the person is a continuous rageaholic, which the majority of people are not. Most people in this country are “repressives” who may rage sporadically. Most well-intentioned critics are afraid of anger, both their own and other people’s, so they have a vested interest in their clients suppressing their anger. If a grieving man cries gallons of tears, it doesn’t make him cry even more. He weeps until the water in his grief well is dry, and then he stops. A woman doesn’t avoid laughing at a joke because she is afraid she’ll never stop laughing! When allowed to run its natural course, every emotion has an end. If I release a pound of pent-up anger at my alcoholic father, then I don’t have to release that same pound again; I’ll go on to feel and release the next pound of anger until it is all gone. 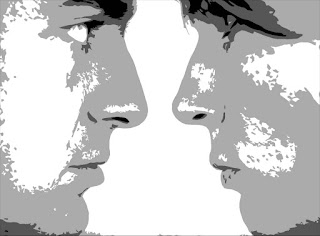 Some people who are anger-phobic claim getting angry increases the blood pressure and strains the heart. In twenty years of facilitating the appropriate release of anger for thousands of people, I’ve never seen anyone die from high blood pressure or stroke at an anger workshop. However, I bet you have known someone who died full of anger, and you were sure their high blood pressure and heart disease were caused by all those years of pent-up emotions.
I’m not a physician, but I can tell you that for years I’ve seen thousands of people express and release their anger, then celebrate as their blood pressure went down. They slept better, medicated less often, ground their teeth less, had fewer nightmares and felt and expressed love more readily.  Indeed, they felt much better for finally being allowed to express their feelings and get them out of their bodies.

Anger is a Chameleon

Most genuinely compassionate psychologists believe anger is a secondary emotion and, therefore, not even real. What we are really feeling, they tell us, is not anger at all, but fear or sadness, depending on the therapist’s personal history and training. Remember, therapists are people too, people who learned that anger equals pain, just like you and I did. They may encourage you to “understand” your anger or “go for the feeling that anger is covering up.” At best they tell you “to say more about this.” Most will not tell you to feel it and express it — unless they have done some anger work themselves. Unless they have experienced and expressed their own anger, they will tend to tell you to “dance with it,” forget it, move on, or get over it. These are all intellectual ways of avoiding anger, which will we discuss shortly. Only a handful of professionals will tell you to face it, feel it, express it and release it.

Some religious counselors consider anger one of the “seven deadly sins.” Now that should make you wary—anger is “deadly” and a “sin!” They conveniently ignore the instances in the New Testament where Jesus gets angry, such as the time when he encounters the moneychangers in His holy temple. He doesn’t sit down with these scalawags and try to “interface” with them or mirror back to them what they are saying and ask them to do the same. He kicks their butts, turns over some tables and cracks a whip. If Jesus never sinned, then anger is not a sin. What some religious people do with their anger, however, is a whole different ballgame.  Do you remember when basketball wasn’t an angry contact sport? How about that time you went to a fight and a hockey game broke out?

Another misconception often pervasive among religious groups is that people must instantly offer forgiveness when someone harms them. It’s a lofty goal, but beyond the capacity of the average mortal. For many, forgiveness can only be given after the feelings of anger, hurt and injustice have been addressed and worked through. Otherwise, the person can only offer premature forgiveness, a superficial remedy that never deals with the real problem.
The Bible says to turn the other cheek if someone slaps us, but it doesn’t tell us what to do after being slapped twice. I believe it is okay to get angry and move out of the slapper’s range. After all, sometimes anger’s purpose is to get us out of threatening or unsafe places.

Do a Step on it

I position this section squarely between the religious and intellectual sections because it is a combination of both. Old-time Twelve Steppers will tell newcomers to “turn their anger over,” “let go and let God,” “do a step on it,” or “make a gratitude list.” All of these are great things to say when appropriate, but often these phrases are code for “don’t feel your feelings—especially anger.” Most recovering alcoholics and addicts are as afraid of anger as anyone else is. They too have been taught that anger equals pain.

The intellectual person tries to think away their feelings of anger, sadness, loneliness, fear or anxiety. Most of these people are so cut off from their bodies they wouldn’t know a feeling if it bit them on the butt. I should know since I was a classic pseudo-intellectual escape artist. I was always flying up into my head so I wouldn’t have to feel. When people asked me what I was feeling, I’d invariably tell them what I was thinking.
Intellectuals think they are too smart to stoop to the level of being angry, because emotions are primitive and “illogical.” They believe anger is an avoidable evil and should be omitted from any “rational” relationship.

Bill was a client who had been married and divorced four times. When his wives were angry he used to say to them, “Now just calm down. We can discuss this like two intelligent people. If you don’t calm down right now, I’m out of here.” What was wrong with Bill trying to calm them down so they could discuss the matter? The ex-wives just wanted to feel their feelings and express them—it’s called communicating. Bill interpreted their normal expressions of anger as a threat, because he associated anger with being hurt. In order to feel safe, he tried to shut down their anger. Bill was six feet tall and weighed two hundred pounds, but when someone near him got angry, he felt as small and helpless as he did when he was a small boy.

Most alcoholics and addicts learned at an early age not to show their feelings. Many men and women are embarrassed by their emotions and avoid displaying them in public at all costs. If they happen to cry in public, they immediately apologize or run for the bathroom until they regain control. Many of the men I’ve worked with over the last twenty years have said things like my last client, Bob, “I haven’t cried publicly since I was seven years old.” Bob is now sixty-five. Many men have bought the lie, “Big boys don’t cry.” I didn’t cry in front of people until I was thirty-three.

Many women are afraid to display anger because they were told: “It’s not nice;” “It’s not pretty;” “It’s not polite;” “Angry people are ugly;” and “Good girls don’t get angry.” They have been called “ball-busters” and “bitches.” Women have just as much right to their anger as anyone. I repeat, women have lots of reasons to be angry.  Hell, they didn’t get counted as a full person with the right to vote until 1920, and they still get paid two-thirds of what men do for the same jobs.

Alcoholism and addiction, among other things, is rage acted out by people who have been angry for a long time and been encouraged not to feel it, threatened not to feel it and, thus, afraid to feel it. Most alcoholics and addicts have a lot of anger about how different they are, things are, situations are, and people are as opposed to the way they want themselves, others and situations to be. There is a huge space between what we want to be and what is, and that space is filled with alcohol and drugs, people and processes. That space between the way it is and the way I would like for it to be could be filled with anger, grief, acceptance and then love. However, most of us were not taught how to express our anger, or how to “accept” people, places and things as they are. So we may drink and drug in lieu of this acceptance.

Excerpted from The Missing Peace: Solving the Anger Problem for Alcoholics, Addicts & Those Who Love Them (Health Communications Inc. 2006.) 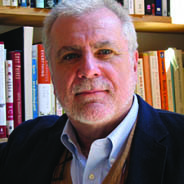 John Lee, best-selling author of The Flying Boy: Healing the Wounded Man, has written 23 books, including his latest release, Breaking the Mother-Son Dynamic. John’s highly innovative work in the fields of emotional intelligence, anger management and emotional regression has made him an in demand consultant, teacher, trainer, coach and speaker. His contributions in the fields of recovery, relationships, men’s issues, spirituality, parenting and creativity have put him in the national spotlight for over twenty years. www.johnleebooks.com

A Line on Sand, a Line on Rock and a Line on Water

Too Much Wasn’t Enough