When Prescription Drugs Become the Problem

A Community Alert & Call to Action By Dr. Frank Scarpati, President/CEOCommuynity Bridges, Inc. (CBI) There is still a “war on drugs”, we are losing the fight, and people we...

A Community Alert & Call to Action

There is still a “war on drugs”, we are losing the fight, and people we care about continue to die. A dose of reality sometimes helps and the truth is, legal and illegal drugs are never going away. Though the war on illegal drugs has continuously been fought in our time, prescription drugs can be just as deadly. The staggering statistics connected to this “silent epidemic” deserves heightened attention and a call to action in 2013. 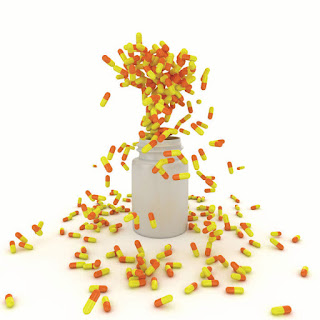 “In Arizona, 476 million pills were prescribed in 2011.
Pain Relievers accounted for over 50% of these scripts.”
Arizona Criminal Justice Commission, 2012.

You can be the difference between hope and despair or life and death.

Misperceptions about safe use along with the increasing numbers of prescriptions written have dramatically changed their impact in the past decade. Pain medications physiological impact is short acting (often as little as 3 to 4 hours) and the process of addiction is quick: medication is prescribed for physical pain; the body quickly develops a “tolerance” for the medication; more of the medication is then needed to address the underlying pain; the medication becomes “necessary” because the body “needs” it to maintain the “new norm” established by increasing levels of addictive chemicals in the system; the original pain doesn’t go away; and the pain of withdrawal now exceeds the original pain the medication was prescribed for in the first place. The resulting unintentional dependence on prescription medications represents the greatest epidemic in drug use since crack cocaine ravaged our country in the 1980’s and 1990’s.

According to the most recent Monitoring the Future study — the Nation’s largest survey of drug use among young people —prescription drugs are now the second-most abused category of drugs after marijuana. And the most common way teens get started on prescription pills, according to the U.S. Drug Enforcement Agency, is through the medicine cabinet at home. The next wave of unintended addiction is already here. Source: Monitoring the Future (University of Michigan Website)

Responsible physicians who prescribe painkillers to legitimately treat a medical condition, such as chronic pain, have been caught in a cycle of unintended consequences that support “doctor shopping” and “pill mills”. And the subsequent mistrust of requests for medication by individuals who truly need medication for their condition negatively impacts the system’s ability to reasonably respond to their need. Hospital emergency rooms are becoming inundated with patients “demanding pain meds.”

Chris McKay knows firsthand how prescription drugs can ruin a life. Wracked with pain from a bad back, McKay, 39 had surgery in 2008. For over three years, he lived with excruciating pain and took a succession of painkillers, including Vicodin and Oxycontin. Due to the rapid increase in tolerance, McKay was taking 30 to 40 pills a day and stayed in bed most of the time, but physicians kept renewing his prescription. Follow-up surgery finally fixed his back, but by that time he needed the medication.

Five or six times he tried to quit on his own, going through painful withdrawal, but he ended up back on the painkillers. “The medication completely takes over,” McKay said. “It was killing me. If I’d had it my way, I would have been dead to get relief from the misery I was inflicting on myself and loved ones who were watching me crumble right before their eyes.”

Symptoms of dependency to his opiate medication were not only physical, but he began to suffer the social and emotional consequences. “It’s hard to comprehend it when you are so deeply involved,” recalls Chris’ fiancé’. “Little did I know, he was doctor shopping, buying medication on the streets, and slowly finding his way to heroin when he could no longer afford the medication.”

McKay will tell you that he slowly slipped deeper and deeper. It was easy at first to get what he needed but when he began taking more than the prescribed amount, managing his pain was no longer just up to the doctor. This is where heroin (an illegal painkiller) often plays a role in the progression for so many. The two drugs are similar enough that one may substitute for the other. Heroin is incredibly cheap when compared to the street price of the prescription meds.

It was at that point that McKay knew he could not get out alone.
McKay’s fiancé was successful in connecting him to help at CBI’s “Unscript” program. “Unscript” was created in 2012 to meet the increasing numbers of men and women seeking help to eliminate their dependence on opiates and benzodiazepines.

Now married with a baby on the way, he is pain and opiate free. “You can get help,” he said. “It will bring life back. You can smell and taste and see everything in a whole new light. Thank God I am on the other side of Hopeless. Today, I have Hope.”

What You Can Do

This is not just an issue for the medical community to sort out. YOU can make a difference if you know someone suffering from a physical dependence on prescription medication. Delaying treatment could be a fatal mistake. For help with how to approach the subject of dependency or the warning signs of addiction, CBI offers guidance from our physicians and nurse practitioners who are dedicated to helping individuals “back out” of a life of devastating unintentional dependency.

You can also get involved by encouraging neighbors, friends, and family to dispose of any unneeded medications in their homes. The Drug Enforcement Administration will host its fourth National Take Back Day on Saturday, April 28th, 2013. Visit www.DEA.gov to find a collection site in your community.

“Unscript”- When the Prescription is the Problem.

You can regain control and eliminate unintended dependence on prescription medication. To get “Unscripted” from an unintentional dependency on prescription medications like opiates and benzodiazepines (or if you’ve gone beyond prescription meds to street drugs) requires an integrated medical team to properly diagnose and implement a medical intervention. CBI’s “Unscript” program offers medical evaluation, medical detoxification, education, counseling, and ongoing medical supervision and coordination of outpatient care. “Unscript” medical staff are highly trained in treating physical dependency and offer the proper combination of care, education, and ongoing support to effectively break the chain of dependency.

CBI will continue to take action in our communities through promoting policy changes; raising public awareness; providing ongoing training for medical and behavioral health professionals; advocating for increased access to treatment; and enforcement of use of controlled substance laws. CBI is currently working on identifying and responding to the complex issues that influence the dependence on prescription drugs and supports the state’s efforts to monitor the manufacturing, distribution and consumption of all prescription drugs.

CBI is committed to helping individuals who are struggling with unintentional addiction. To speak with a CBI medical professional now, contact our 24/7 Access to Care line at 877-931-9142. CBI’s Community Education team also provides education and training opportunities for emergency responders, schools, treatment providers, and the workplace. Symposiums and large or small group presentations can also be arranged for concerned family members, friends and victims of prescription drug overuse and unintended dependence.
To learn more, visit us online: www.CommunityBridgesAZ.org 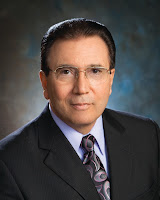 Since February 1996, Dr. Frank Scarpati has been the President/Chief Executive Officer of Community Bridges, Inc.(CBI). CBI has been incorporated as an Arizona private non-profit since 1982 and currently employs over 750 individuals in programs providing services at 30 locations throughout Arizona serving over 75,000 individuals and families each year.