The Deadliest Drug on the Planet

By Gary F. Patrone, ARCpoint Labs of Tempe & PhoenixThe United States is in the grips of one of the worst heroin epidemics in its history, due in part to...


The United States is in the grips of one of the worst heroin epidemics in its history, due in part to a flood of cheap doses of the drug. It can be ordered easily and delivered right to your front door. In some regions of the U.S. heroin is deemed “highly available” in more than three times the number of communities as it was just a few years ago. 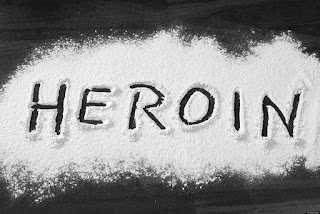 The resurgence of heroin has sparked a flurry of action from governors’ mansions all the way to the White House. Government studies estimate the number of heroin users is up about 75% from 2009 and nearly 300% from 2003. It’s a level of regular usage not seen since heroin’s peak in the mid-1970s and is growing faster than all other drugs of abuse.
Heroin is not a new drug. It’s been around since 1874, when chemists, working to find a less addictive form of morphine, created heroin. They ultimately discovered heroin had twice the potency of morphine, and heroin addiction soon became a serious problem. So what’s new? A new breed of heroin user is emerging.

From painkillers to heroin

The government, law enforcement and medical experts now concur that the heroin surge can be traced to the rise of prescription painkillers such as OxyContin, Vicodin and Percocet. Prescription painkillers are heroin’s chemical sibling — containing compounds derived from, or similar to, opium.
“Heroin is just a symptom of the prescription drug problem,” said Joseph Rannazzisi, deputy assistant administrator of the Drug Enforcement Administration, during a Senate hearing in May 2014. Doctors wrote millions of prescriptions for opioid painkillers, and from 1999 to 2010 sales increased 300%, according to the Centers for Disease Control and Prevention. The drugs are now prescribed to 12 million Americans a year with hundreds of thousands becoming addicted.

With the reformulation of prescription opioids to make them harder to abuse combined with a government crackdown on prescribing them, availability is dropping and driving up the cost. Those addicted to pills are seen turning to heroin as a readily available and cheaper option to feed their addiction. Mexican heroin, which now dominates the American market, sells for $4 to $10 a dose compared with $40 to $80 for an 80-milligram opiate pain pill. “People are going to go where the drugs are, and right now, the cheapest and easiest way to keep that addiction going is through heroin,” DEA spokesman Rusty Payne said.

The ‘new’ cheap and very potent heroin can be snorted or smoked, giving the same effects as if injected. This removes a psychological barrier for some users and is leading to experimentation by younger users of school age, and others, who have an aversion for needles. Using needles is associated with hardcore junkies while smoking heroin is regarded as being a more casual user, giving the false impression that addition can be avoided.
“Now we have people openly admitting a heroin habit of 20 bags a day, and I haven’t talked to a single person who did not get started by using the pills,” said Jim Baker chief of police in Rutland, VT. “I’ve been blown away by the depth of the addiction problem. I’ve been doing this a long time, and I’ve never seen anything like this.”

Ellen, an addict in Portland, admits “I did a lot of pills and then I moved up here and I started doing heroin ‘cause its way cheaper.” Nora Volkow, director of the National Institute on Drug Abuse, says surveys show about 80% of recent heroin addicts switched from opioid pain pills.

Lawmakers are scrambling to find answers

“It’s really on the top of everyone’s radar from a public health perspective,” said Thomas MacLellan, previous director of homeland security and public safety for the National Governors Association. Even Capitol Hill and the White House are weighing in on what’s become a full-blown health crisis that cuts across geographic, social, racial and economic boundaries. At least 18 state legislatures addressed new heroin bills in 2014, according to the National Conference of State Legislatures.

In the Great Lakes region, the DEA’s National Drug Threat Assessment reported that 9% of law enforcement agencies deemed heroin highly available in 2007. By 2013, the percentage rocketed to 40%. In New England, the percentage rose from 40% to 55% over that same time and in New York and New Jersey, jumped from 30% to 45%.
Vermont Govenor Peter Shumlin, in January 2014, devoted nearly his entire State of the State Address to what he called the “rising tide of drug addiction and drug-related crime spreading across Vermont…It is a crisis bubbling just beneath the surface that may be invisible to many, but is already highly visible to law enforcement, medical personnel, social service and addiction treatment providers, and too many Vermont families.”

In Massachusetts, after deaths from heroin and opioid drugs spiked more than 90% since 2002, Gov. Deval Patrick declared a public health emergency in March 2014. “Sometimes it takes a crisis with big numbers to get the public’s attention,” said Public Health Commissioner Cheryl Bartlett. “Heroin is such a harsh drug that no one figures that it will be a part of their lives either through themselves or someone they know until it’s too late,” Bartlett said.

In Kentucky, heroin abuse is “spreading like a cancer,” Senator Mitch McConnell told a Senate narcotics group in May 2014. “We are losing close to 100 fellow Kentuckians a month to drug-related deaths. This is more lives lost than to fatal car crashes.”
Overall drug related deaths now exceed car fatalities nationwide, according to the Centers for Disease Control and Prevention and the National Institute on Drug Abuse, the federal agency that studies drug abuse and policy. In Knoxville, Tennessee, 73 people died from drug overdoses in 2013, more than from homicides and traffic accidents combined. Opiates of some sort were involved in at least half of those deaths. “Heroin got here later than other places, but it is here now full-blast,” Knoxville Police Chief David Rausch said. Ginger Marshall, the volunteer alcohol and drug treatment coordinator for the local Lost Sheep Ministry stated “This is just overwhelming everyone.”

Previous U.S. Attorney General Eric Holder acknowledged the epidemic “snuck up on us” at a national law enforcement summit on heroin in April 2014 and referred to the heroin resurgence as “an urgent public health crisis.”

Customs officers in Nogales, AZ have seized more heroin in the first six months of fiscal 2014 than during each of the previous three full fiscal years, said Joe Agosttini, assistant port director in Nogales. “We’re catching juveniles, young kids that are in middle school or high school and even people who are 82 years old, bringing narcotics to the U.S.,” Agosttini said.

In 2013, the DEA seized more than 2.3 tons, of heroin at the Mexican border. That’s more than triple the amount seized in 2008 and they weren’t specifically targeting heroin. “A couple of years back, if you would find a pound of heroin, that would be a big load,” said Pinal County Sheriff Paul Babeu, “Nowadays, it’s common to interdict 50 or 60 pounds, up to 100 pounds, of heroin.” 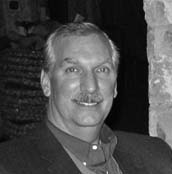 Gary F Patrone is CEO of ARCpoint Labs of Phoenix (PhoenixBC.arcpointlabs.com) and ARCpoint Labs of Tempe located within the Phoenix Valley. Gary serves both corporate and private clients in drug, alcohol, DNA and on-site testing services, creates workplace policies for both DOT and non-mandated companies and manages consortiums and random testing programs for corporate and private clients. Gary is an active member of the Tempe-South Rotary Club, an Ambassador of the Tempe Chamber of Commerce and member of the Business Development Committee, member of the Advisory Council for Brookline College and PIMA Medical Institute. Gary has authored articles for the Drug and Alcohol Testing Industry Association, the Arizona Small Business Association and writes a monthly column for the Arizona Republic.  Contact Gary Patrome at (602) 753-2901 or email [email protected]

How Many Miracles Do YOU Get?