By Barbara Nicholson Brown While the stigma surrounding addiction still prevails, I’ve witnessed tremendous positive changes in how addiction and alcoholism is perceived, and you may have too. One thing…

By Dr. Dina Evan Addiction begins in your brain and is normally caused by trauma, different forms of which change your natural chemical balance and wiring. Those neuronets create your…

How to Cultivate and Disseminate Misery to Alienate Family, Friends, Acquaintances, and Strangers

by Dr. Marlo Archer Complain about situations you created. TIP: These complaints will be even more effective if you can think of someone unrelated on which to blame the situation.... 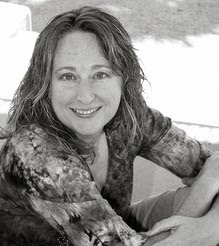 Complain about situations you created.

TIP: These complaints will be even more effective if you can think of someone unrelated on which to blame the situation. Good choices include your spouse, your children, your parents, your employer, God, the church, the current President, and the former President.

TIP: Blushing and turning away is not sufficient. You must say something to let the complimenting party know how very wrong they are. It can be helpful to mention a few ways in which the compliment is not true, or attribute the credit to someone who had little or nothing to do with the situation.

To accomplish something new, find someone who has never done it, either, and use them as a role model.

TIP: A good way to find an appropriate role model is to look for people considerably younger than you are, with less money and/or less education. They will often be happy to tell you how they think you should do things.

TIP: Occasionally, you may attract the attention of successful people who want to help. This must be discouraged as quickly as possible. Ways to dispatch these busybodies include telling them how you already tried everything they did and that it didn’t work for you and discrediting their success by attributing it to magic, chance, or other supernatural causes.

Criticize yourself out loud in public.

TIP: This is especially effective at holiday gatherings and in public venues to which you were invited with a friend. It fits in well upon first meeting someone when they are trying to establish common ground with you by complimenting you on something they just discovered about you.

Resent people who have been rewarded for doing things you’re completely unwilling to do.

TIP: This increases in effectiveness the more difficulty and trouble the rewarded person has had in their lives prior to the reward. Alienation is more likely if the resented individual is blind, elderly, an orphan, was abused as a child, or was born in a 3rd World Country.

TIP: Everyone wants to win the lottery. You should expect to win the lottery without ever buying a ticket. Better yet, expect someone else to buy you a winning ticket and deliver it to your door. Do not share your time, money, talents, or self with anyone, but do expect others to extend themselves to you. Don’t do anything you don’t want to do for other people, and expect they will give freely to you.

Repeatedly speak of things you reportedly don’t care about.

Criticize others for things you do.

TIP: If confronted about your behavior, cry and call attention to how mean it was for someone to criticize a behavior so desirable that both you and the originally criticized person both do it. Further, deny that you ever criticized the original person. Claim misunderstanding on the part of the confronting party.

If someone agrees with you, immediately withdraw or reverse your opinion.

TIP: If you find yourself in the uncomfortable position where someone actually agrees with you that your life is terrible, attempt to shame them for their negativity by quoting the Dalai Lama. If, upon rejecting a compliment, the complimenting party agrees that the compliment wasn’t warranted in the first place, cry about how mean their hurtful statement is. When others begin to stop caring about the things you frequently report to not care about, voice loudly your injury over their insensitivity.

Dr. Marlo Archer is the founder of Down to Earth Enterprises. Psychological Services for Children, Teens, and Their Families, Married and Parenting Couples, and Individual Adults. Marlo is the author of  “Up From the Pavement.”
Visit www.drmarlo.com or call 480-705-5007.

For Young People Addicted to Painkillers, the Path Less Taken

When Food is Comfort

We are NOT Flawed People

Your Brain: A Great Partner in Healing Addiction