Take off the Mask

It’s as if the person across from you is wearing the mask of the Joker. You feel it. You know it’s there even through the smile and glistening teeth. You...

It’s as if the person across from you is wearing the mask of the Joker. You feel it. You know it’s there even through the smile and glistening teeth. You see those gazed over eyes and you know that everything coming out of that person’s mouth is deliberately designed to impress, sell or deceive. We go to such great lengths to hide who we are. Are we afraid we will be judged or are we afraid we really are nothing at all? Humankind’s greatest fear is that we are simply not lovable. We hide. Yet, without even knowing it, we are hiding the greatness inside.
The world has become a huge facade. Seldom is anything as it seems, whether it’s physical, political, spiritual or intellectual. The ads show a burger that is thick and juicy, loaded with lettuce and cheese. The realty is a flattened couple of ounces of meat topped with a single round pickle in the middle along side a single splash of catsup, nestled between flattened white flour buns. That hamburger sometimes feels like life. We have metaphorical Spanks for shaping everything including the stuff coming out of Washington, but what’s a girl to do? How can you fix it, if it isn’t real? 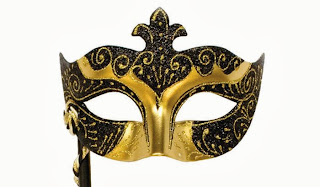 You and I can get real!

Get authentic. What fun it would be! We could avoid all those suppositions and misconceptions that come from trying to guess who the other person is or what he or she really wants. We could take off the masks, stop pretending. We could stop reacting or over reacting to our own negative fantasies and projections about the other person, most of which are not based on any reality. The trick is to stop be afraid of what other people think. Actually, you wouldn’t worry so much if you knew they seldom think about you at all! They are often more worried about what you think of them or what they are individually dealing with in their own life. Chances are you are not even on their screen of concerns.
When you don’t care what people think of you, there is a great freedom that arrives. It’s allows you to be spontaneous and available. We are not talking about arrogance, but rather a humility and gratitude that comes from a solid awareness of self. Just simply being who you are. After all, leadership and greatness is more about who you are than what you do.
Think Nelson Mandela, Martin Luther King, Lincoln, Gandhi.
Stephanie Rosenbloom, writer for the New York Times, says, “Authenticity seems to be the value of the moment, rolling off the tongues of politicians, celebrities, Web gurus, college admissions advisers, reality television stars. The word has been bandied about for ages, be it by politicians or Oprah, who popularized the notion of discovering your “authentic self” in the late 1990s. In recent months it’s been cited by the likes of Katie Couric (“I think I love to be my authentic self,” she said on CBS); Secretary of State Hillary Rodham Clinton (“I believe in being as authentic as possible,” she told Glamour magazine); former Senator Rick Santorum of Pennsylvania (who on Fox described himself as “being authentic”). But, what does it really mean to be authentic and real?
The first thing it means is that you must understand that vulnerability is a great place of power. People who cannot be vulnerable, cannot connect in meaningful ways. Only a confident person can become vulnerable, receptive and open. Being vulnerable often flies in the face of our need to protect our selves at all cost. It seems counter intuitive to be open and vulnerable, but think about the people you feel safest with and most admire. Are they not also vulnerable? Sharing info about your feelings and yourself authentically creates a space in which the other person can feel safe in doing the same.
Kick sameness to the curb. Be the unique individual you came her to be and be courageously. That may mean you stand out or away from the crowd. Congratulations! That means it’s working. Most of the time, the crowd is not comprised of people who question, explore or are curious. They wouldn’t consider being different and maybe, you’d be better off not being one of them
Be up building and encouraging. See the best in others and support calling that forward. I have always known that if I am unable to see the Great Spirit in my clients, they will be unable to see it in themselves.
Be honest, even when it is difficult. Honesty provides safety. When you know what you are getting is the truth, you can make well-informed decisions about what is best for you and you don’t feel blind-sided. Be a voice above the crowd for what is just and fair. Be the pioneer who leads the way. Sameness is boring and creates a status quo that sucks the life out of growth, personal and spiritual.

The Universe holds your place until you are willing to step into it…. we are waiting and ready to celebrate your arrival.

The Vampire Strikes Back