When Relapse Turns Deadly: What You Need to Know About Drug Overdose

By David Sack, M.D., CEO of Elements Behavioral Health Friends and fans are reeling in the wake of Glee actor Cory Monteith’s overdose on a mixture of heroin and alcohol....

Friends and fans are reeling in the wake of Glee actor Cory Monteith’s overdose on a mixture of heroin and alcohol. Suffering a similar fate as Kriss Kross rapper Chris Kelly and others who have passed this year, his lengthy battle with drugs ended tragically on July 13 in his hotel room.
Could his story have ended differently? What can others learn from this tragedy? Monteith’s passing highlights important lessons for anyone who struggles with addiction or cares about an addict (which, with 23 million people suffering from addiction, is most of us).

While celebrity overdoses draw the public’s attention, 100 people die from drug overdoses every day in the U.S. After increasing every year from 1999 to 2010, drug overdose is now the number one cause of accidental death, surpassing car accidents. This increase is largely attributed to the epidemic of prescription painkiller abuse. The Centers for Disease Control and Prevention recently warned that more women are dying from prescription painkiller overdoses than ever before, a 400 percent increase in just the last decade.

It is a sad irony that rehab is life-saving, yet the weeks and months immediately following checkout are among the most vulnerable times in an addict’s recovery. It can take up to a year for the areas of the brain responsible for impulse control and emotion regulation to return to normal functioning. In addition, people are often still struggling with powerful drug cravings and then return to an environment where they are surrounded by reminders of their drug use.
Particularly when addicts receive short-term treatment (30 days or less), they haven’t had much time to address the issues underlying their addiction or practice their new coping skills. Old, familiar coping strategies remain far more comfortable and automatic. A recovering addict who thinks they’ve got their drug problem under control after a short stay in rehab is likely to return to life as usual rather than creating a new life in recovery, greatly increasing the risk of relapse.
Relapse is part of the disease of addiction
Many people go on to achieve lasting recovery following one or more slips. However, in the weeks and months following a stay in rehab, addicts need a great deal of education and support not only to protect their recovery but also their lives. The risk of accidental overdose rises sharply during this time, largely because of reduced tolerance.
People who use a drug regularly develop a tolerance for it; that is, they require larger doses to get the same effects. Just as quickly, tolerance can diminish. After even a brief period of abstinence, which often takes place in detox, rehab or prison, the brain becomes less accustomed to — or less tolerant of —the presence of drugs. As a result of this increased sensitivity, if an addict goes back to the same dose they used prior to rehab, they are at high risk of fatal overdose.
Most overdoses occur when multiple drugs are abused, most commonly alcohol, benzodiazepines such as Valium and Xanax, cocaine and heroin. Illicit drugs are often implicated in drug overdoses because their potency is unpredictable and they reach the brain rapidly. Other risk factors for drug overdose include taking drugs alone (two-thirds of overdoses occur when a person is using at home alone) and having experienced a non-fatal overdose in the past.
Most overdoses occur because the drugs that are used stopped the person’s breathing. This effect is most profound with opiates (drugs similar to morphine and heroin, including prescription painkillers). Overdoses due to prescription drugs now exceed all other causes and the tragedy is that many of these can be prevented by a simple and safe medicine that blocks the effects of opiates on breathing.
One approach is a medication called naltrexone. Naltrexone can be given as a single monthly injection (Vivitrol) that virtually abolishes the risk of an accidental overdose in someone who uses after treatment.

Why isn’t this being used more often?

The answer is complex. Many recovering drug users don’t accept that they remain vulnerable to relapse. Family members don’t want to “make an issue” of going on Vivitrol when their relative is doing so much better at the end of treatment. Relapse is perceived by many as a choice, so they don’t believe a drug can make a difference.
The reality is that Vivitrol helps in two important ways: It decreases drug cravings, making relapse less likely, and it prevents an accidental overdose if the person slips so that a single bad choice does not become a death sentence.

A Long-Term Approach to a Lifelong Problem

Although many people believe that going to rehab is a permanent solution to a drug problem, it is actually the start of a lifelong process — a process that often involves an intricate dance of forward and backward progress. Relapse can’t always be prevented, but accidental drug overdose can. So what can be done?
The only sure-fire way to prevent overdose is to avoid using drugs. However, refraining from mixing drugs, using drugs alone, or using at the same level as before a period of abstinence are essential once the decision to use has been made. Loved ones can work with addicts on an overdose plan that covers who to call and what to do in the moments before relapse.
Follow-up care is another important protective factor. As a chronic disease similar to diabetes and heart disease, addiction requires ongoing care. Research shows that long-term treatment (90 days or more) improves outcomes, especially if the addict makes a gradual transition back into regular life. This may involve outpatient treatment, ongoing therapy, support groups or a sober living home.
Drug overdoses are among the most tragic outcomes of addiction. For most people, relapse is not the end of recovery; it’s another step on the journey. But those who accidentally overdose — often people who are sincerely trying to get better — make one miscalculation and suffer the only fate that means hope is lost. 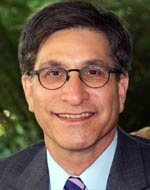