By Barbara Nicholson Brown While the stigma surrounding addiction still prevails, I’ve witnessed tremendous positive changes in how addiction and alcoholism is perceived, and you may have too. One thing…

By Dr. Dina Evan Addiction begins in your brain and is normally caused by trauma, different forms of which change your natural chemical balance and wiring. Those neuronets create your…

By ROBERT WEISS LCSW, CSAT-S I used to think that I was the problem. Now I understand it was my behavior and how I conducted my life that was the...

By ROBERT WEISS LCSW, CSAT-S
I used to think that I was the problem. Now I understand it was my behavior and how I conducted my life that was the problem. Despite the bad choices of my past, I now understand I am a man who is worthy of love and a good life, simply because I exist. Understanding this fully has not made day-to-day recovery easier, but it sure helps me get through the rough spots and gives me hope about life, and for myself as being a useful and good man. 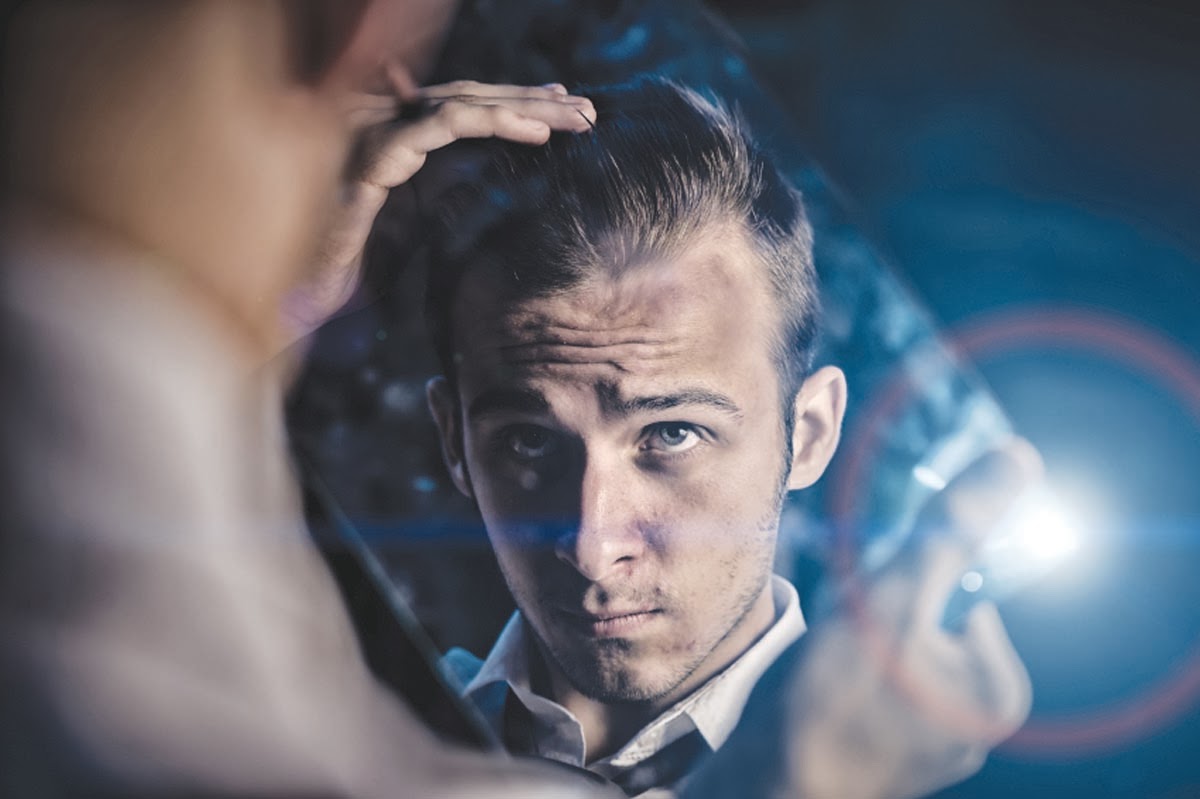 Over time, as the individual spirals downward into his or her addiction, these negative feelings add to previously internalized beliefs like: “I am a bad and unworthy person,” or, “I am incapable of receiving love,” eventually becoming incorporated as an integral part of the addict’s personality and thinking. This negative self-talk is often bolstered over time by the consequences that addicts routinely experience as a direct result of their problem behaviors. For many such individuals, ruined relationships, lost jobs, financial problems, declining emotional and physical health, and even arrest can feel earned, deserved, and even unavoidable.
As my hidden sexual acting out progressed, I found myself getting turned on by more hard-core stuff, materials that I had avoided viewing in the beginning. Eventually I wanted to act these things out in real life, and I started playing out those scenarios with prostitutes. I contracted an STD from one (or several) of them and ended up passing it along to my wife, but even that didn’t stop me. In fact, when she moved out with our only daughter and filed for divorce, I just ended up acting out more often, as I no longer had to be accountable at the end of the day or on weekends.
In retrospect, I see when I first “crossed the line” I felt bad about what I was doing, but I still felt like a decent person. Over time, as the behaviors progressed, my perception of myself changed. The sexual activity still seemed bad, but my feelings about myself became a lot worse. By the time I finally got arrested, I truly hated myself, and I honestly felt like I deserved all the bad things that were happening in my life. Over time I came to believe I was such an awful person that there literally was no hope for me, which made it easier to keep digging myself into a deeper and deeper hole. After some time in therapy and addiction treatment, I now see these negative messages were in many ways already there, planted in me during my childhood. In essence, my addictive behaviors merely exacerbated the pre-existing low self-esteem and shame I’ve always felt.
— James, a 47-year-old man, interviewed one year after attending primary sexual addiction treatment

In active sexual addiction, sex addicts (most often in secret) act poorly toward themselves and those they love. They engage in sexual fantasies and act out sexual behaviors that violate their own values, their relationship vows, and even the laws of their community. All the while they lie about what they’ve been doing to spouses, families, friends, bosses, and literally everyone else in their lives — all so they can continue to engage in their intensity based, repetitive, problematic patterns of sexual addiction, and, ironically, to avoid feeling more shame.
Many sex addicts are actually quite adept at living a “double-life,” heaping one semi-plausible excuse on top of another, seemingly without a second thought, oftentimes convincing even themselves that the lies they tell are actually true. Given a sex addicts’ consistently deceptive behavior, loved ones often find it hard to believe that an addict is even capable of feeling anything like guilt, shame, or remorse. But quite often they do. For most addicts, when the sexual acting out is over, the negative feelings begin. And when an addict attempts to get sexually sober, these emotions hit doubly hard.
These negative feelings are not a bad thing. For a sex addict to experience some degree of guilt and shame after violating his/her morals and principles, especially when this has caused harm to the addict and/or others, is actually a good sign. It shows there is an internal compass the addict can utilize to guide his or her future choices, that the individual does know the difference between right and wrong. In this sense, the “negative” emotions of guilt, shame, and remorse, which are directly tied to problem behaviors, can be catalysts for positive changes in behavior. These feelings can serve to discourage sex addicts from repeating their hidden past behaviors, at the same time encouraging the development of empathy for others and the making of amends to those harmed in the past.

For some, the internalized feelings of self-hatred, shame, unworthiness, guilt, and remorse are tied more to their sense of self than to any specific activities or behaviors. These individuals (most often with early life histories rooted in family dysfunction, abuse, neglect, and attachment deficits) begin to think that they themselves are the problem — that they are bad, unlovable people — and that their addictive sexual acting out serves as proof of this fact. When this occurs, a phenomenon generally referred to either as a “shame spiral” or as “narcissistic withdrawal” can leave the addict unable to see beyond his or her own shame, pulling the individual further into depression and isolation, both of which are serious obstacles to healing. The internalization of these negative feelings may also lead sex addicts to believe they are not worth the effort of recovery, that they have no control over their behaviors, and they do not deserve to be healthy, happy, and free from their addiction. When this occurs, guilt, shame, and remorse have become toxic barriers to recovery rather than a reminder that it is time for behavioral correction, apology, or both.

All addicts in early recovery are vulnerable to the “stinking thinking” caused by toxic emotions. Oftentimes they are facing for the first time the full extent of their addictive behavior and the destruction it has caused. For many addicts this can be somewhat overwhelming, and some may feel the only way to “turn off” the fear, anger, self-loathing, and sadness is to “numb out” with more of the same destructive behavior or, in extreme cases, via self-harm (cutting, burning, suicide, etc.)
As such, it is often a primary job of clinicians treating sex addicts, particularly early on, to help them understand that living in the past — a past that can’t be changed — helps no one.
Instead, recovering addicts should focus on the present, on behaving differently one moment at a time. Wallowing in the wreckage of the past (or fear of the future) can and usually does keep addicts from doing the necessary work of recovery. Guiding such individuals into certain life affirming, esteem-building therapeutic tasks can be incredibly helpful.
These tasks include:
Integrating a history of past trauma, abuse, or neglect. Insight into past trauma, abuse, or neglect can serve as a vital source of shame reduction and self-forgiveness, both of which are necessary to healing and the development of a healthy life.
For most addicts, early feelings of guilt, shame, and remorse are partly healthy, partly toxic. It is the therapist’s job to observe and reflect on these feelings, noting that healthy shame and guilt do serve as motivation for behavior change, while self-hatred is an unproductive foundation for healing. When these feelings are toxic, the therapist needs to assist the addict in flipping the script, helping the addict understand that feeling like a bad person doesn’t mean he or she actually is a bad person.
Robert Weiss LCSW, CSAT-S is the author of three books on sexual addiction and an expert on the juxtaposition of human sexuality, intimacy, and technology. He is Founding Director of The Sexual Recovery Institute and Director of Intimacy and Sexual Disorders Services at The Ranch and Promises Treatment Centers. He also founded the Stimulants and Sexual Disorders Program at Promises, Malibu. Mr. Weiss is a clinical psychotherapist and educator. He has provided sexual addiction treatment training internationally for psychology professionals, addiction treatment centers, and the US military. A media expert for Time, Newsweek, and the New York Times, Mr. Weiss has been featured on CNN, The Today Show, Oprah, and ESPN. Rob can be found on Facebook at facebook.com/RobWeissMSW and Twitter at @RobWeiss MSW. elementsbehavioralhealth.com
Tweet
Share
Pin
Share
0 Shares

When IOP is Not Enough

When Food is Comfort

We are NOT Flawed People

Your Brain: A Great Partner in Healing Addiction