Drug Use Surges Among Baby Boomers

Reprinted with permission from Promises Addiction rehab centers across the U.S. are seeing more of an older demographic than your typical troubled teen or young adult — baby boomers.According to...

Reprinted with permission from Promises

Addiction rehab centers across the U.S. are seeing more of an older demographic than your typical troubled teen or young adult — baby boomers.
According to a new government study, addiction rates among baby boomers are on the rise. Substance addiction among men and women in their 50s and 60s comes with its own set of challenges, both for the therapist and the recovering addict.

According to the National Survey on Drug Use and Health sponsored by the U.S. government’s Substance Abuse and Mental Health Services Administration, among adults aged 50 to 64, illicit drug use has grown substantially — a trend that the report attributed in part to “the aging — of members of the baby boom cohort” born between 1946 and 1964.
For adults aged 50 to 54, the rate more than doubled from 3.4 percent in 2002 to 7.2 percent last year. 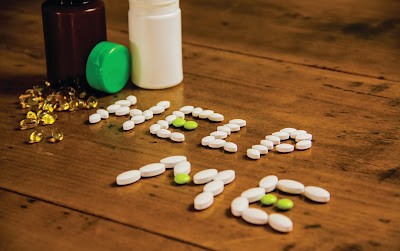 “Among those aged 60 to 64, the rate increased from 1.1 percent in 2003 to 3.6 percent in 2012,” the report added.
Besides age, there are a number of key differences between boomers and young adults suffering from substance addiction. For one, the majority of boomer drug addicts have been long-time users, often for several decades. The drugs that are most commonly abused among senior addicts are also slightly different. Users in their 50s and 60s are more likely to suffer from alcoholism and addiction to cocaine, while younger users are more likely to suffer from addiction to prescription stimulants. Addictions to prescription painkillers, such as Oxytocin, are on the rise across all age groups.

The study looked into the rates of drug use among those between the ages of 50 and 60.
Some of the study’s key findings are:

Why the sudden increase in baby boomer rehab admissions?

There are likely several reasons. The boomer generation is facing new stresses and pressures. As they reach into their 50s, these people are facing a number of health issues that often require multiple doctor visits and prescription drugs that could, if not used as directed, lead to addiction. In addition, women in this age group are going through menopause, which can cause depression, insomnia and other issues. Other pressures come from caring for both aging parents and older children. And as this generation continues to age, the inevitable and heartbreaking deaths of family members and friends become more of a reality.
Perhaps one of the biggest stresses of all is the poor economy of the last five years. Suddenly burdened with caring for family while dealing with potential health issues and the uncertainty of retirement in a stagnant economy, it’s no wonder that some members of the baby boomer generation feel compelled to self-medicate with drugs to lower their stress levels.

Caring for an influx of new, older addicts presents challenges to rehabilitation facilities and programs. In only a few short years, the baby boomers will be the largest demographic in the U.S., meaning that rehab centers will need to prepare ahead of time to ensure they have enough room, as well as trained staff to serve the needs of older addicts. “The good news is that they may seek us out,” says Marvin Seppala, the medical director at the Hazelden Foundation, a rehab facility that caters to seniors. “The bad news is, I’m not sure we’re ready for them.”

Unlike their younger counterparts, baby boomers struggling with addiction are more likely to be taking multiple prescription drugs for their health, making it not only difficult to identify a prescription addiction to begin with, but also making treatments such as replacement therapy more complicated, due to the possibility of interactions with current medications.

Because underlying health problems are more common in baby boomers, both housing and treatment programs must be tailored to better suit their needs. Older clients suffer much more from severe withdrawal symptoms, and often have other health concerns to worry about at the same time. Also, people with substance abuse disorders, even if they have only recently taken up the drug, are more likely to suffer health consequences as a result, making timely treatment more important than ever.

Despite the challenges of treating a growing number of addicts among the boomer generation, experts remain hopeful that these addicts can experience a successful recovery. Better treatment programs, as well as new senior rehab facilities popping up around the country, are sure to help. Treating older addicts can also be made easier thanks to the overall strong work ethic and family-oriented mentality of this generation.
If you have a loved one who may be in need of help from a pattern of substance abuse, consider contacting your local chapter of Alcoholics Anonymous (A.A.), Narcotics Anonymous (N.A.), a family counselor or a local intervention specialist who can help start the healing process.
Promises Treatment Centers is a CARF-accredited, dual-diagnosis addiction treatment center specializing in treating a wide variety of addictions, such as alcoholism, cocaine addiction, prescription drug abuse, and marijuana abuse. Call 855.236.1345 and visit www.promises.com

Holiday Hoopla Can Intensify All Addictions, Including Sex and Love